Our movies are enjoyed by a large section of the audience

Our movies are enjoyed by a large section of the audience 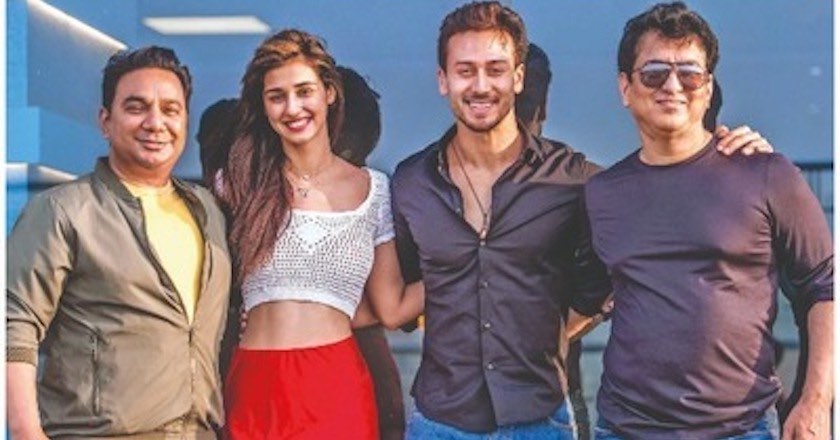 Producer Sajid Nadiadwala is on a high as the box-office performance of ‘Baaghi 2’ has exceeded his expectations. The film, an adaptation of the Telugu hit ‘Kshanam’, registered footfall, which is rare for a film that opened in a non-festive, non-vacation window on March 30. Accolades are in order for the team that put its best foot forward — Sajid, the wind beneath Nadiadwala Grandson’s wings, ‘Baaghi 2’ director Ahmed Khan and its lead pair, Tiger Shroff and Disha Patani. About the film’s success, Sajid says, “I was confident about the potential of ‘Baaghi 2’ when I greenlit it, but the final product has blown me away. Now, it has smashed the record of 22 of my company’s hits so far. We have made a movie, which can be enjoyed by a large section of the audience,” he replies. He says that the film has found takers from all over — from Mumbai to Melbourne and Ludhiana to London — thanks to its inclusive content. “People are dissecting what worked for our film. Well, it’s a selfless team’s hard work. The fact is, anyone can carve a beautiful body, but it takes a director like Ahmed to ingest soul into it,” Sajid adds.

Most reviews stated that the film’s action is excellent and also lauded Tiger’s exemplary skills at performing stunts. Apart from the critics and the audience, the film fraternity has also showered praises on Tiger for his turn as Ronny, the rebel. Akshay Kumar even went to the extent of calling him India’s Tony Jaa (a popular martial arts practitioner and actor from Thailand). Reacting to this, Tiger says, “I performed the action scenes my way. I had subconsciously decided to work towards becoming a hero, who caters to the masses. I wanted to be an action hero, because my inspirations have been artistes like Bruce Lee and Jackie Chan. Today, the film has worked not because of me alone, it’s a team effort. Besides, I’m only raising the bar for myself, not others. We’ve now challenged ourselves as a team to make the next film bigger and better.”

The film’s opening-day collection is touted to be one of the highest for any of Tiger’s contemporaries, mainly because of his huge fan-following among kids. While the actor shied away from taking credit for the success, both Sajid and Ahmed concede that he is playing the modesty card. “I am lucky to get so much of love from kids, and that is great because their parents flock to theatres with them and it reflects in the collections. The single-screen audience has particularly been very kind to this film,” says Tiger. Sajid adds, “When it comes to action, Tiger has no inhibitions; he’s not scared of bruises and injuries. This is his third film with us and with every outing, he has upped the game. ‘Baaghi 2’ opened in less than 5,000 screens and its ticket prices were also not high, as it’s not a festival season release. Yet, it has made the kind of money that has shocked the trade.”

The filmmaker’s company, while crafting entertainers, has also attempted to make younger actors play parts that they thoroughly enjoy, which eventually translates on screen. Sajid also has a keen eye for spotting talent. Not one to launch actors or filmmakers in hoards, he brought Kriti Sanon and Tiger Shroff in the spotlight in 2014 with ‘Heropanti’, while ‘Kick’ and ‘Baaghi 2’ gave actresses like Jacqueline Fernandez and Disha Patani’s respective careers a much-needed boost. Sajid says, “If I had a formula, I would have launched newcomers every year or maybe, every quarter. I’ve adopted my grandfather’s method of tapping talent. It’s our ancestors’ blessings and the vibe of the company, which made actors enjoy working with us on projects. Together, we have created stories that can entertain everyone. As for Tiger, he happened to be around when we had a story like ‘Heropanti’ to tell. Over the years, his fan base and commercial standing have grown. He has become a busy actor and we really hope he stays that way. I think he would have succeeded the same way even if someone else had launched him, because he is immensely talented. I’m not on a mission to find talent. I might launch someone next year, or I might not do so for the next decade. As a policy, we don’t follow industry templates,” says Sajid.

Disha adds, “I want to thank Sajid sir and the team for trusting me with such a mature character, though I’d only done films where I didn’t have more than 15 minutes of screen time. Ahmed sir hand-held me through this. I couldn’t have asked for more.”
Given the audience’s reception to ‘Baaghi 2’, ‘Baaghi 3’ is likely to be a huge challenge for the team. BT was the first to tell you about it, even before the trailer of the second installment was released. “We announced it well in advance because we didn’t want it to look like we planned the third installment in a hurry, after the second part did well. We’re on a great wicket; not arrogant or complacent, but we are raring to work hard,” says Sajid. Ahmed, who had told BT in an interview that if this film doesn’t click, he’d assume that he’s not cut out for direction, is clearly back in the game. He recalls, “When Sajid bhai had approached me to direct ‘Baaghi 2’, he had asked, ‘Dukaan chaalu hai kya?’ I had replied, ‘Half shutter down hai’. He has now opened the whole shutter. God also took my words to his heart, I guess. This film only proves one thing — you can’t have a formula for what clicks. Baat agar dil se niklegi to door tak jaayegi… We can’t wait to start work on ‘Baaghi 3’.”