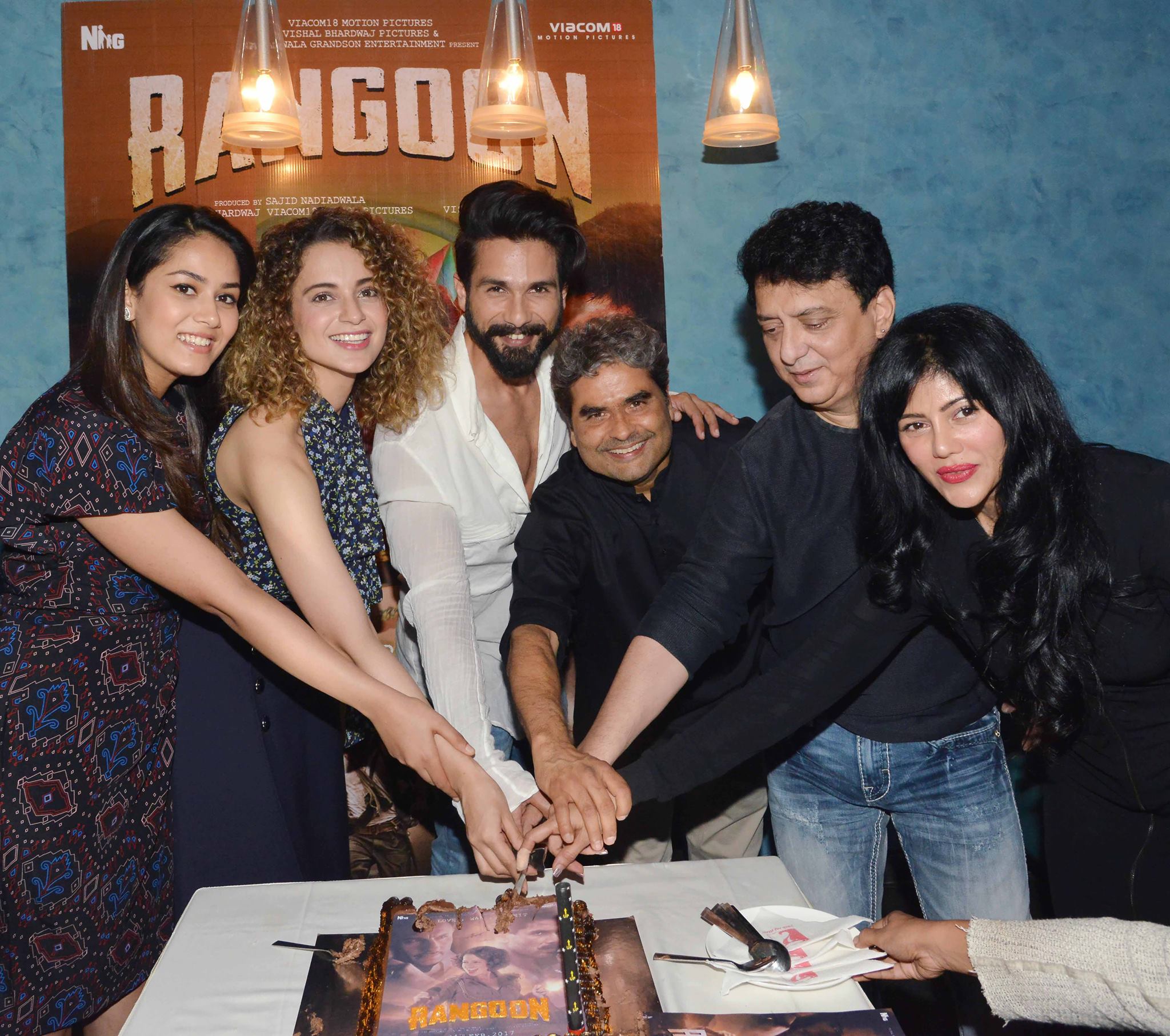 A special screening of Rangoon was held in Mumbai. Actor Shahid Kapoor was in attendance with his family. Both Shahid and Pankaj were seen sharing the screen space in Shaandar, which released in 2015, but did not perform well at the box-office. Shahid plays the role of a soldier in Rangoon. He is paired opposite Kangana Ranaut.

Apart from Shahid, the screening was attended by the director Vishal Bharadwaj. This is for the third time that the duo Vishal and Shahid are working together after Kaminey and Haider. Vishal has dedicated Rangoon to the stuntwomen of India. Vishal’s wife Rekha Bharadwaj was also seen at the event. We are eager to know if Rekha has sung any song in Rangoon.

Producer Sajid Nadiadwala attended the screening with his wife, Wardha.