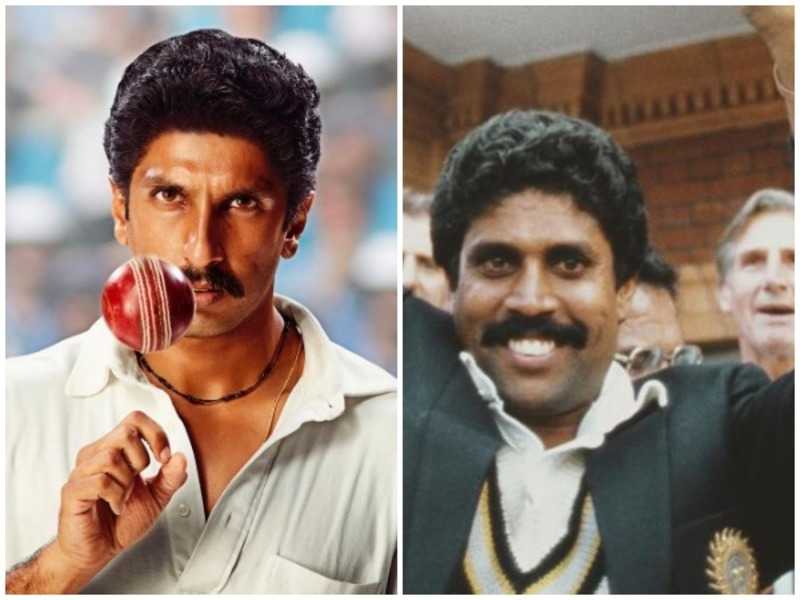 Ever since the film ’83 was announced, the movie has been making headlines. Be it the selection of actors who will portray the 1983 World Cup-winning cricket team or their extensive physical prep, the film has been generating a lot of buzz. Today, on Ranveer Singh’s birthday, the makers unveil his look as Kapil Dev from the film. BT was made privy to the look exclusively.

The film’s team has worked relentlessly to get his look right. A special team of make-up artists and technicians was roped in to create the actor’s look that bears a striking resemblance to the legendary cricketer. Ranveer, on his part, has studied Kapil’s body language by spending time with him, watching reruns of his old matches and interviews, and attending workshops with the rest of the cast.

Talking about the film which is based on India’s historic victory in the 1983 World Cup, director Kabir Khan says, “The moment I started working on ’83, I realised, it was only Ranveer Singh who could play the character of Kapil Dev. He possesses the physicality that is required and also has the discipline that an actor needs to be able to portray a legend like him. As far as his look is concerned, it was difficult because we didn’t want to get into prosthetics. In sports, you have to play all day long under the sun. Prosthetics would have made it very difficult. So, we knew that we had to get a few key elements right to put the real picture across for the audience. It was a long process; about two months of different drafts. After eight days involving long sessions, we were able to transform Ranveer into Kapil.”

When asked whether he had shared Ranveer’s look with Kapil Dev, Kabir said, “Ranveer and I were extremely excited to show the look to Kapil sir and when we actually showed it to him, he was pleasantly surprised and excited. In fact, we were at his place in Sundar Nagar in Delhi and there were a lot of people present there. I remember him saying, ‘Okay give me your phone’ and he went around showing it to all his friends and relatives. ‘Dekho yeh Ranveer bilkul meri tarah lag raha hai,’ he said with gleefully and that really made our day.”